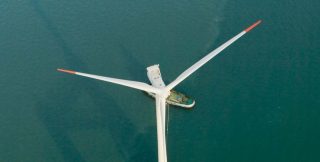 Windplus S.A. will receive around EUR 96 million from the European Investment Bank (EIB), the EU”s NER300 programme and the Government of Portugal to build the 25MW WindFloat Atlantic floating wind farm.

EIB has granted a EUR 60 million loan to Windplus S.A., a EUR 29.9 million fund will come from the NER300 programme, and up to EUR 6 million from the Government of Portugal, through the Portuguese Carbon Fund.

At the signing event, EIB Vice-President Emma Navarro said: “We are delighted to support a project that is a milestone for the renewable energy sector. Through this agreement, the EU bank is financing cutting-edge energy technology that will be deployed in Portugal and that will make it possible to install windfarms in locations that were not feasible until this moment, contributing to Europe”s leadership in developing innovative responses to the climate change challenge./

The new installation represents a flagship project in the sector of floating wind energy and will contribute to the development, standardisation and manufacturing improvement of multi-MW modular floating platforms, which is a key objective under the Strategic Energy Technology Plan (SET-Plan) of the European Commission, EIB said.

António Mexia, EDP CEO, said: /The windfloat explores new promising technology and once again positions EDP as the world&#8217;s leading wind power company, now pioneering a project in the offshore industry. This new technology, suitable for deep waters such as those of Portugal, has already proved successful in its first phase under demanding conditions,and this new phase marks a steady transition to an ambitious commercial stage. /

It is estimated that nearly 80% of the offshore wind resources are located in waters 60 metres or more deep in the European seas where the cost of fixed-bottom structures is not economically attractive.